For Congress to revive: Pressure to reform needs to come from outside the party


BJP managed to secure pole position again, this time in Haryana and Maharashtra assembly elections. Although the opposition did better than expected, there is still a long way to go for India to have a strong opposition again.

Every time an election happens in India, numbers suggest that the BJP’s base is intact. BJP critics scratch their heads in disbelief. Despite all the headlines of unemployment and GDP growth slowdown, complaints from the business community, letters from artists expressing concern about rising communalism and the difficulty in getting jobs, people keep voting BJP right back to power.

BJP is doing a few things right for sure. However, this constant victory run is also courtesy of Congress, which seems to be officially comatose. Apart from Rahul Gandhi’s half-resignation, nothing seems to have happened in the last five months. There is no hue and cry, no introspective conferences, no self-reflection, no apology to the people and no alternate strategy.

This is despite two consecutive massive defeats in Lok Sabha elections and several assembly elections. The question many are asking is this – where are we heading? Are we heading to quasi one party rule, at least at the Centre, for a long time to come? 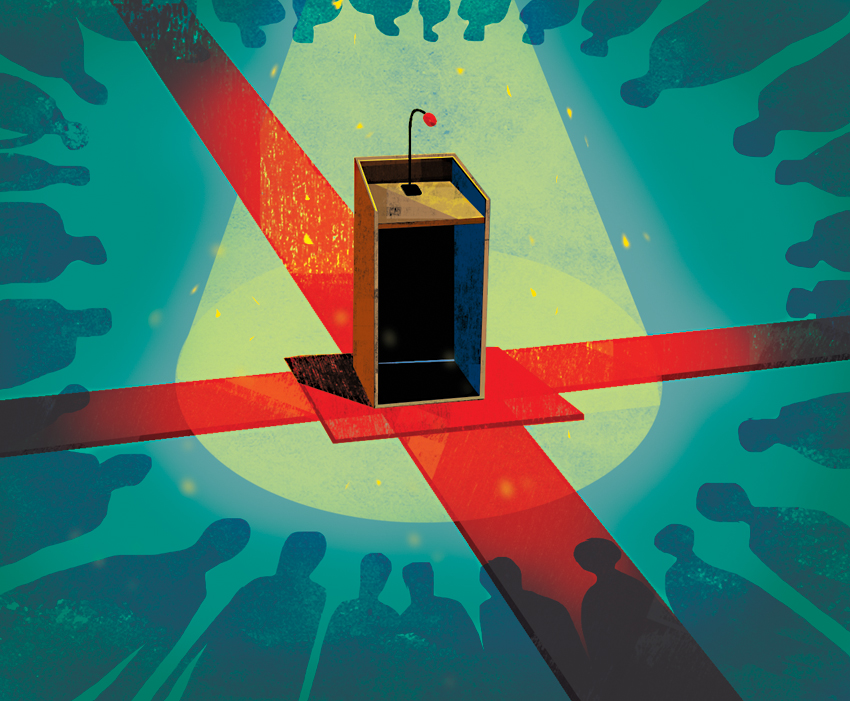 One party rule is not what our Constitution framers designed India for. It is sub-optimal in terms of individual freedom and collective decision making. We were meant to be a vibrant democracy, a land of different cultures and opinions. In all the cacophony, we reach a consensus and take everybody along. An opposition is not always bad, even for the ruling party. Sometimes, an opposition can help the ruling government correct its mistakes.

Opposition also puts pressure on the government to perform better, lest they lose power. Without these counterbalances, a democracy cannot work. We cannot have election after election like a boxing match with a guaranteed knockout within two minutes. It may be satisfying to the BJP fan to see that. However, if it continues for a very long time, it may lead to structural changes that are bad for our democracy.

Countless articles have given suggestions on what Congress must do to revive. They have all fallen on deaf ears. The control by one family, which places its self-interest above the party and the country, means virtually no action has been taken to make Congress stronger. The chances of Rahul’s popularity suddenly rising, or the family waking up and doing the right thing are miniscule. Also improbable is the Congress hope of BJP making self-goals that will make voters flock to Congress again. This is unlikely, as this government seems to have an ear on the ground, even if they may not care much about the intellectuals.

Whether it is trying to fix the GST multiple times, reducing corporate taxes or announcing other measures to revive the economy, sooner or later the government acknowledges the problem and tries to fix it. Even if not fully fixed, people like the intention.

BJP, particularly its leadership, is also extraordinarily good at politics and marketing, and that is to be praised. In today’s information saturated age, to grab attention and keep it is no joke. BJP does it extremely well, and has managed to neither bore nor disappoint its core base in the last six years. It is also adept at making political moves, such as managing allies or appointing the right faces at the right place.

Dealing with such a formidable opponent and hoping that Congress will rise one day out of sheer luck, is foolish and lazy. Dumb luck won’t help Congress anymore. The first family won’t. Sadly, the next rung of talented leaders in Congress – yes, they do exist – are itching to take control but can’t do anything either. They are all so scared of party snitches going back to the family that they are paralysed right now as well.

So what will help fix Congress? It has got to be Congress supporters (or BJP opposers) outside the party. It is now up to these people to kick up a fuss about the family leaving the high seat. Instead of 200 intellectuals signing a letter to the PM every few weeks, can they please write a few public letters to Congress? Can they ask the party to get a good, inspiring new leader? Can Congress social media mobs stop attacking BJP for a while, and create an online uprising to reform Congress?

In term of specific reforms needed: More than anything, Congress needs a new leader. This new leader cannot be some old guard family snitch. The new leader must have these three qualities: (a) a potential of star appeal, particularly to the youth; (b) extraordinary oratory and intelligence, with the ability to express ideas and tell a story in simple terms; and (c) excellence at politics and new-age marketing.

The movement to change Congress has now to come from outside. It has to be led by Congress supporters, who should redirect all their energies to reviving Congress, rather than opposing BJP and Modi. The new leader has to have many remarkable qualities, and the party has to choose and anoint him or her properly. If all this doesn’t happen, Congress will go from comatose to dead. More importantly the country may head closer to one party rule, which is not the point of a democracy. It certainly won’t be what our forefathers designed our country for, many of whom ironically came from Congress itself.